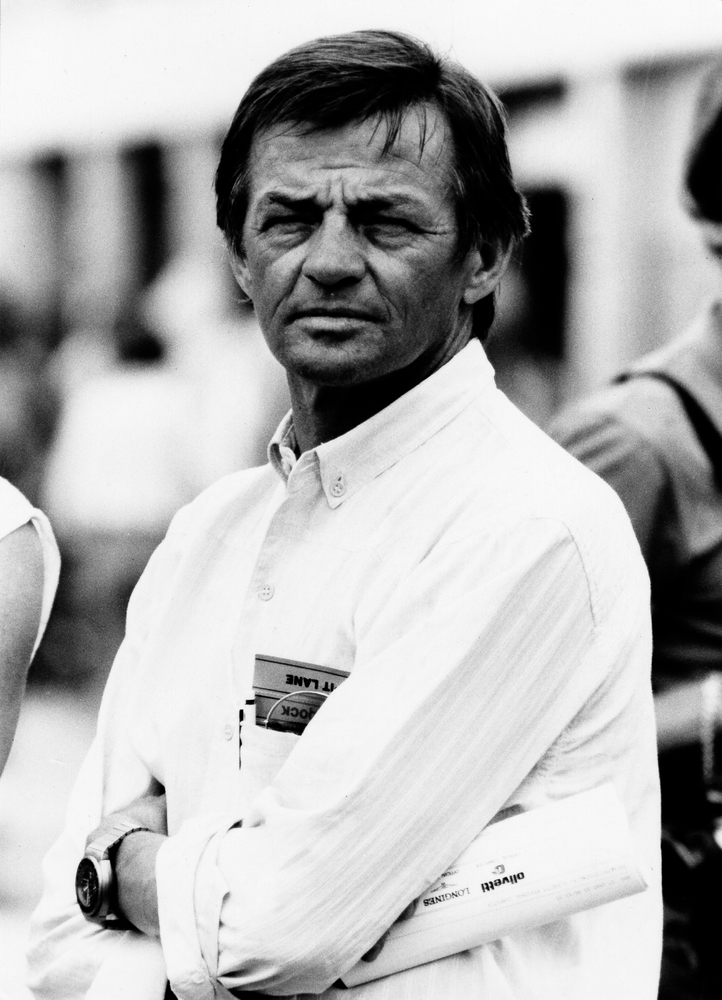 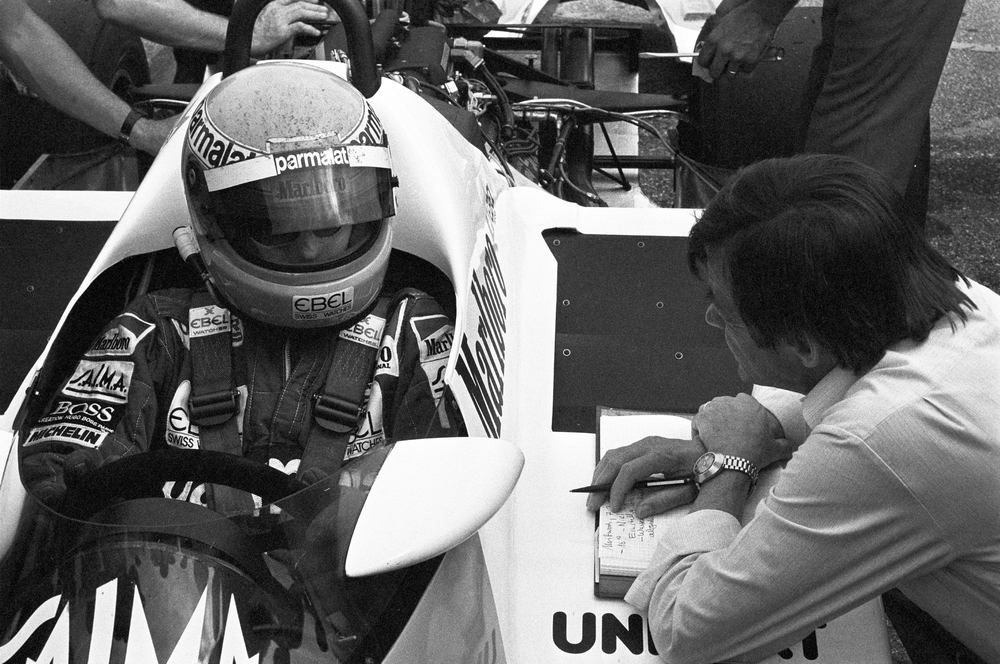 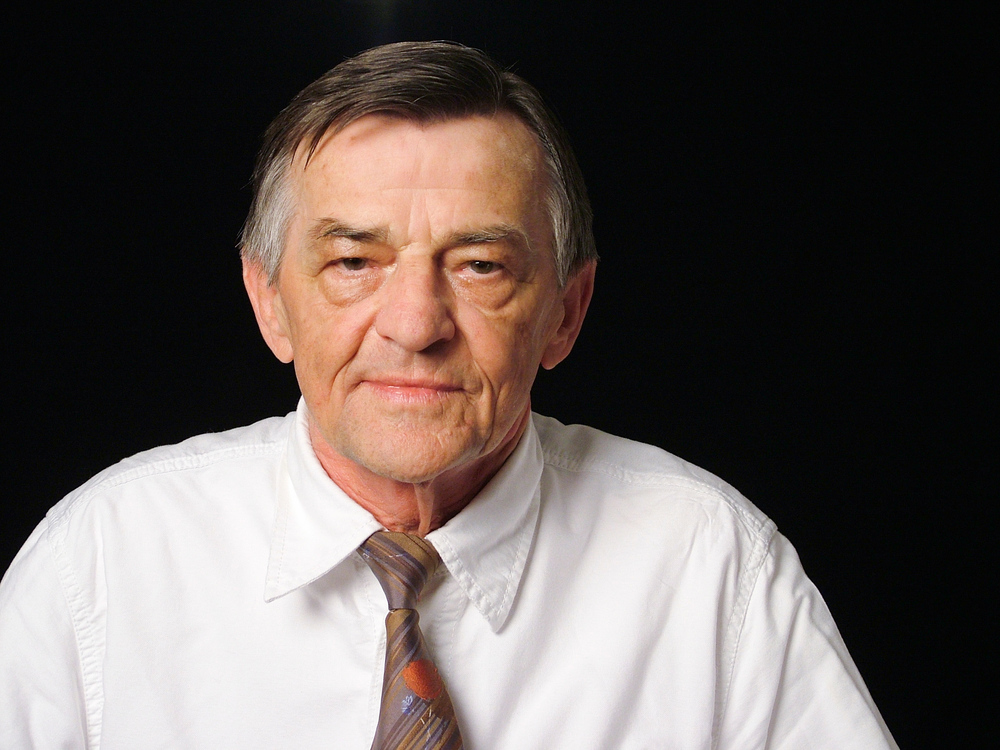 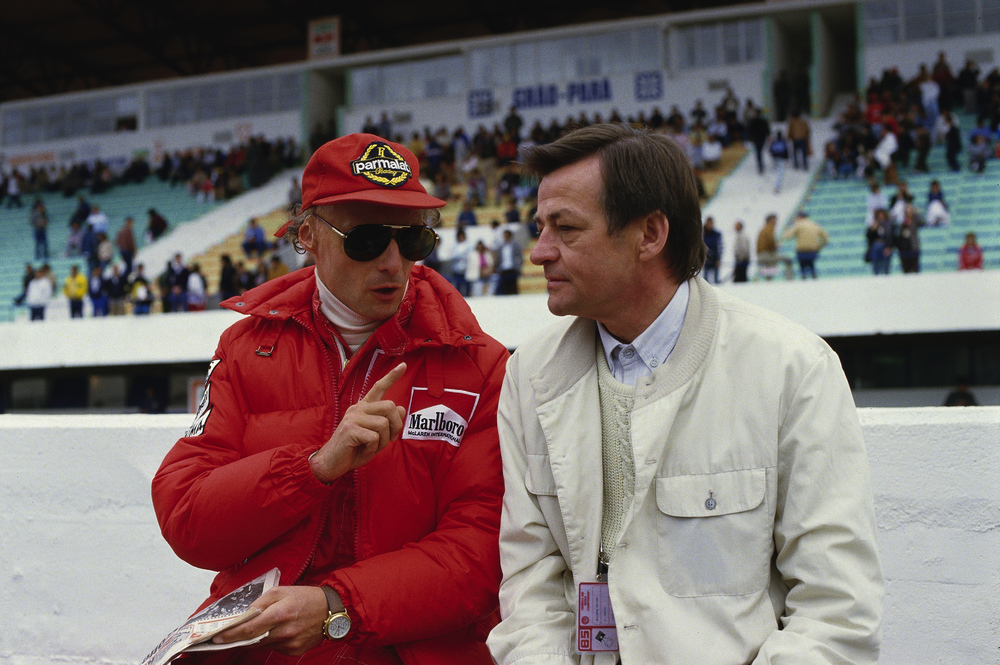 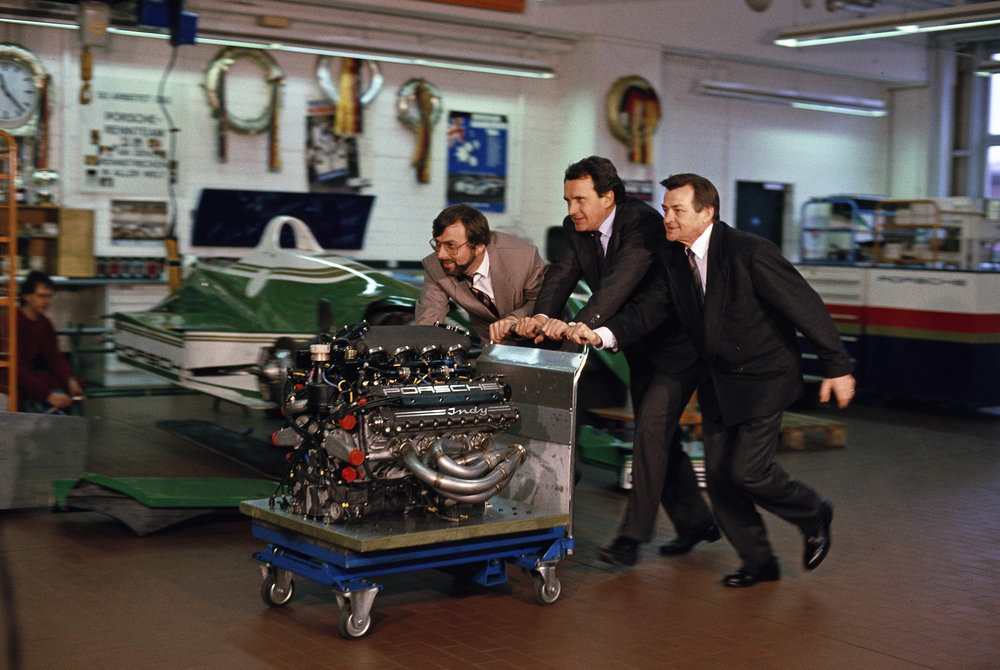 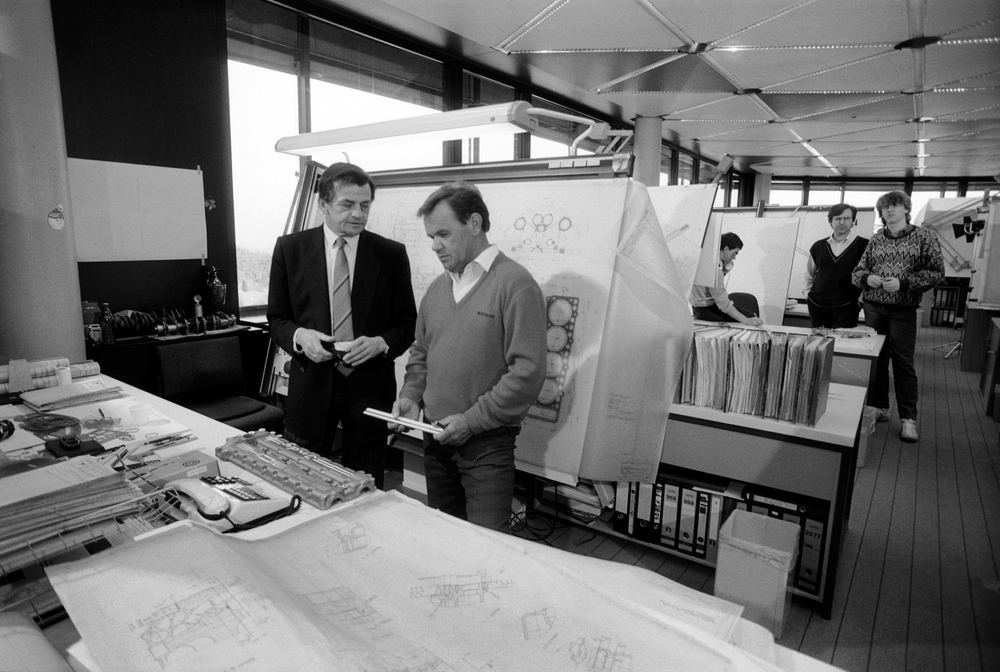 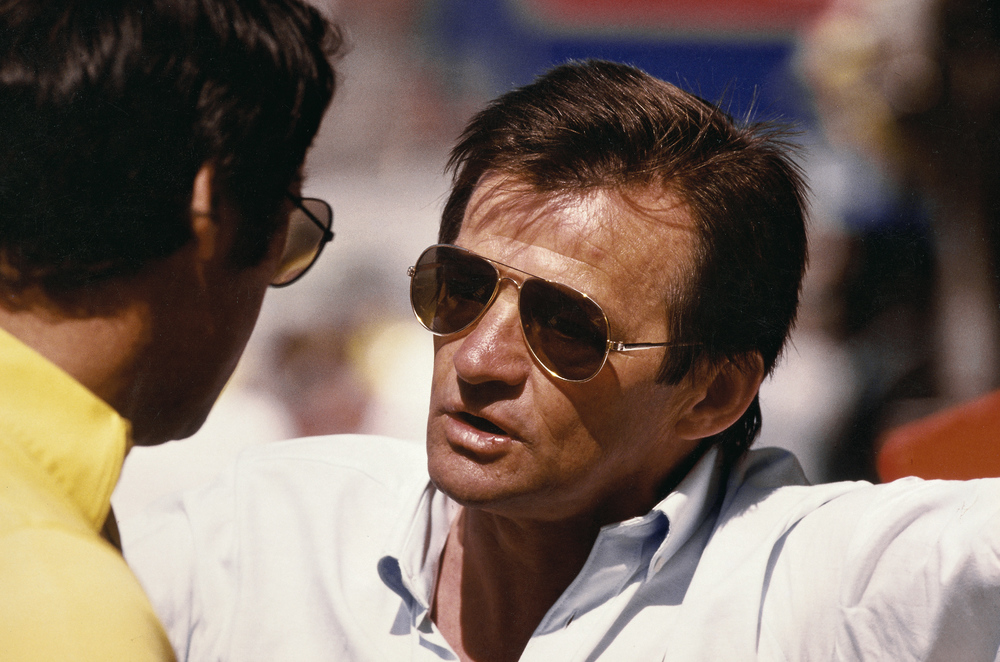 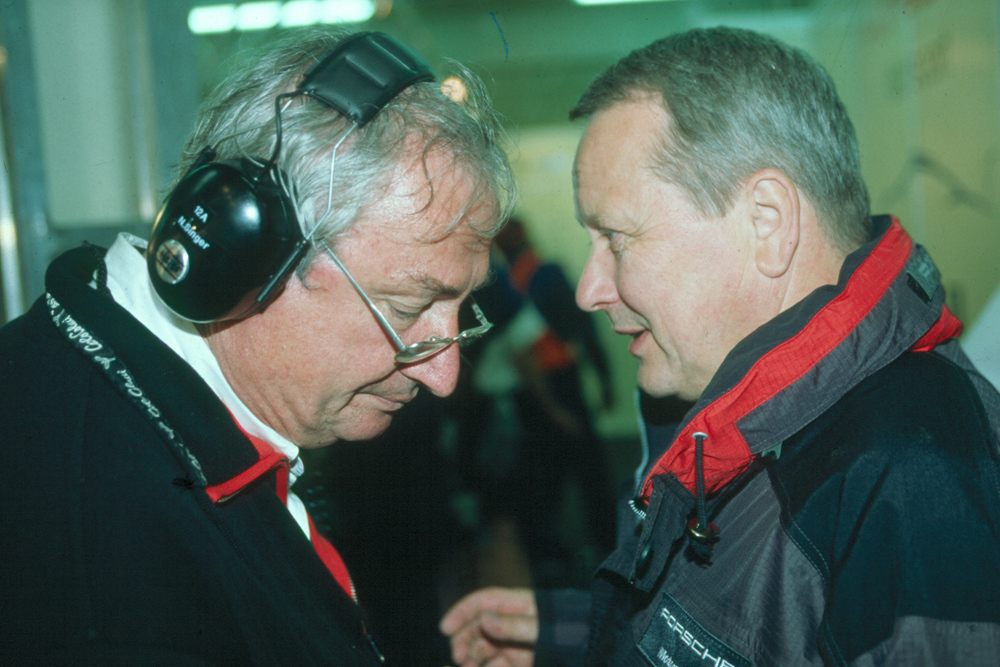 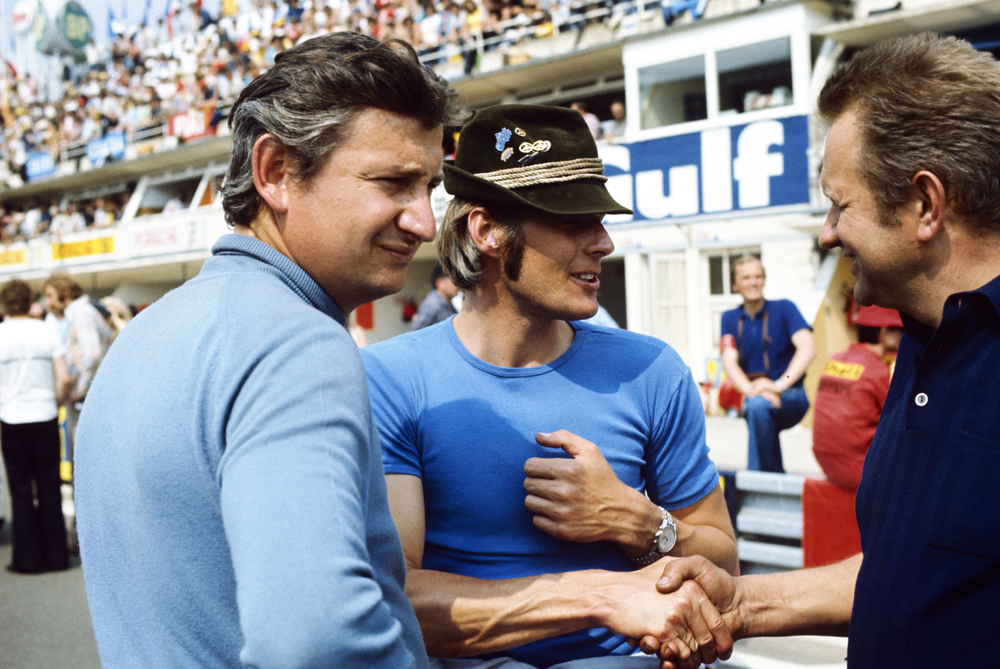 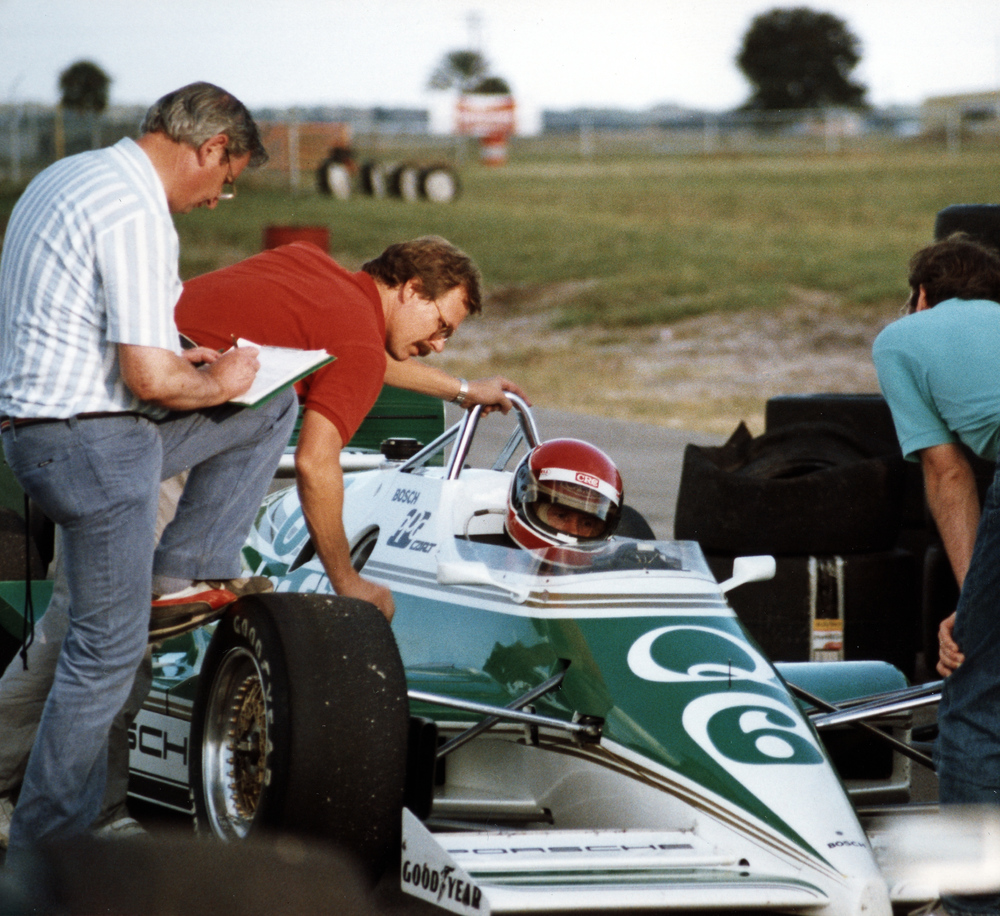 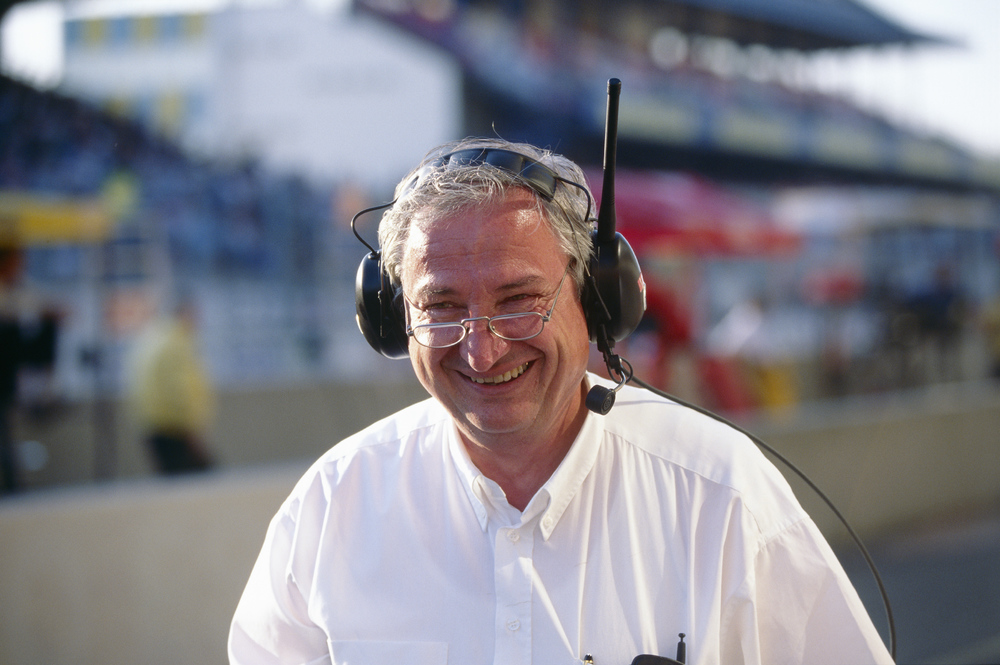 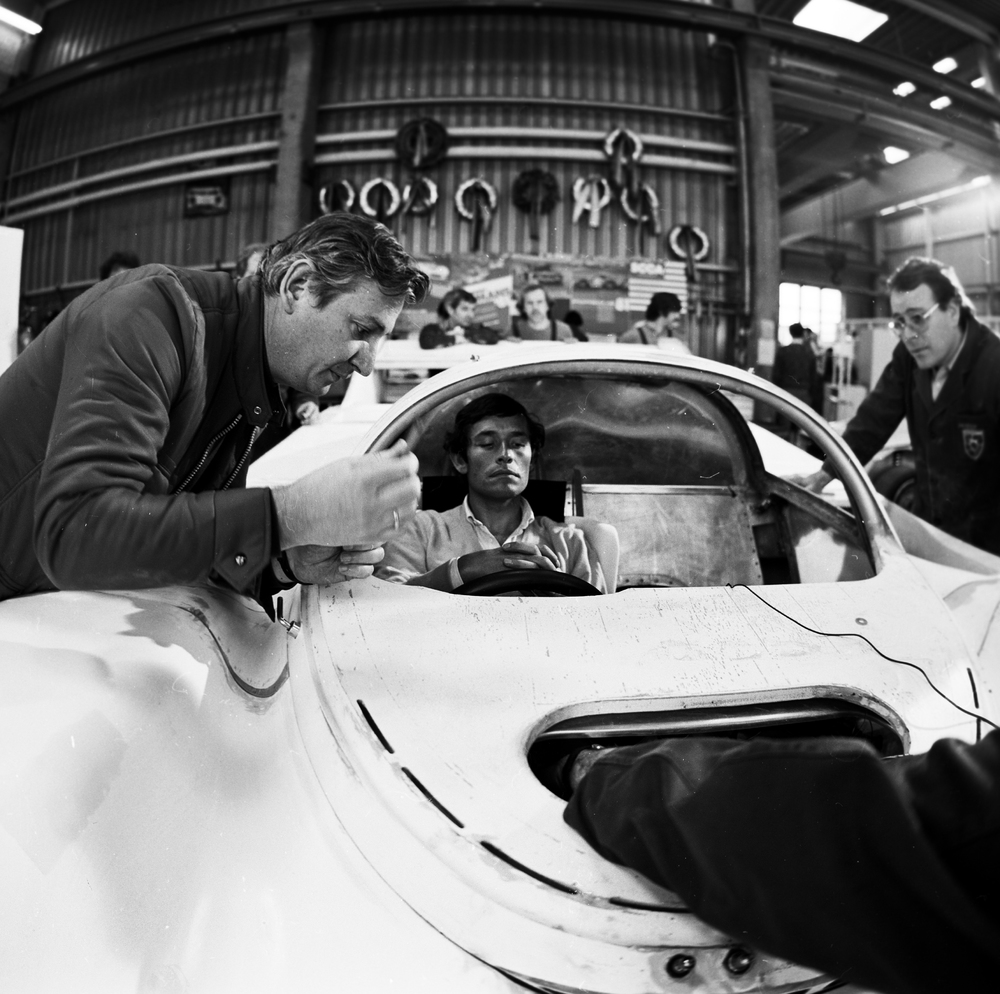 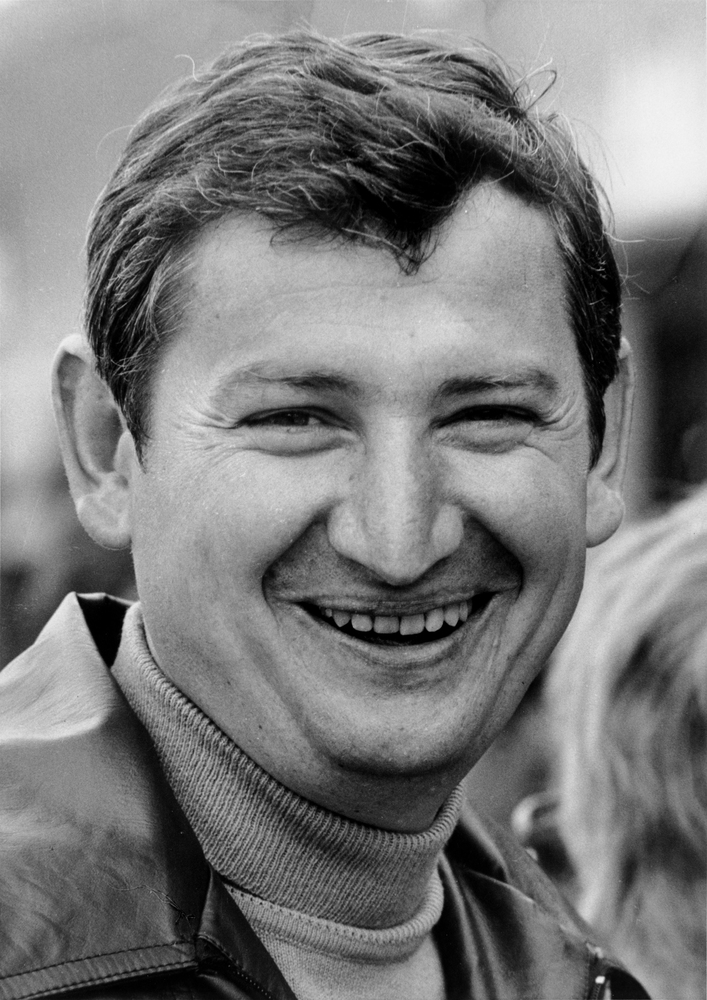 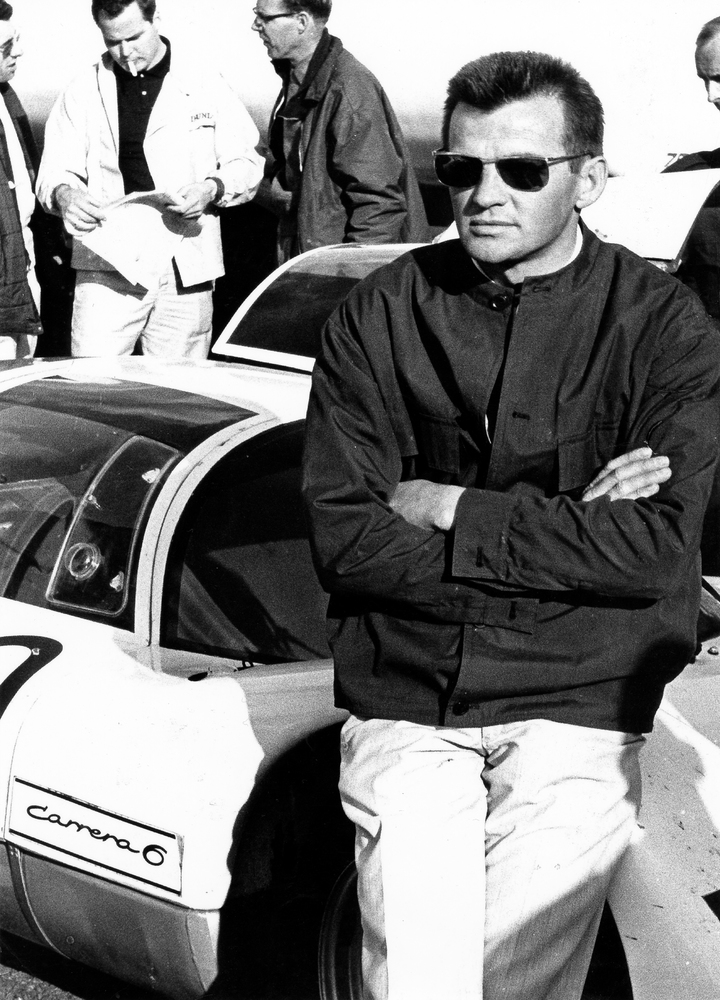 Stuttgart . This year two essential personalities – “a 'rock' within the Company” – celebrate their milestone birthdays: On 16 November 2019 Nobert Singer, the former racing engineer at Dr. Ing. h.c. F. AG, will celebrate his 80th birthday. During his time at between 1970 and 2004, Singer took part in every overall victory at Le Mans. Only two days later, on November 18, 2019, Hans Mezger turns 90. The legendary engineer for Dr. Ing. h.c. F. AG has been responsible for 's most successful race cars and engines for more than three decades.

Norbert Singer – „Mister Le Mans“
For decades, there has hardly been any name more closely associated with the 24 Hours of Le Mans than that of racing engineer Norbert Singer. Norbert Singer played an instrumental role in all 16 overall victories won by both the works and customer teams at Le Mans with the racing sports cars of types 917, 935, 936, 956, 962 C, WSC Spyder and 911 GT1 98 between 1970 and 1998. Until his retirement in 2004, the qualified engineer was also project manager for most of ’s race cars. As Head of Works Sports and Operations, Singer was also responsible for strategic and tactical decisions during the races.

Singer’s first responsibilities were on the 917. “Ferdinand Piëch rejected the idea of an external oil cooler. He demanded a simple solution. His aerodynamically solution worked at Le Mans. Not a single 917 had transmission cooling problems and the long-awaited first overall victory finally came with Hans Herrmann and Richard Attwood in the Sarthe.

In the period that followed, there was a great deal of aerodynamic development on the agenda for Norbert Singer with the 917. He was also involved in optimising the 917 long tail. The 917/10 and 917/30 with turbocharging, where downforce was the most important factor for the sharp-cornered tracks in the US, also benefited from Norbert Singer’s aerodynamic expertise. In the 32 years that followed, Norbert Singer was responsible for a great many outstanding racing cars from : for example, the 911 RSR project (1972), the next stage of development in 1974 with the 911 RSR 2.1, the 935 (1976) as well as the famous 935/78 “Moby Dick” (1978).

Following numerous successes with the 935 and the 936, perhaps the greatest technical milestone in Norbert Singer’s career came with the introduction of the Group C Regulations in 1982. In the development of the 956, he once again proved his tremendous expertise in the field of aerodynamics and provided the vehicle with an exceptional ground effect and thus extremely effective road holding characteristics thanks to a special underbody design with air ducts and the legendary “Singer dent”. The 956 and 962 C won no fewer than five Drivers’, three Makes’ and two Team World Championships between 1982 and 1986. They also achieved seven overall victories at Le Mans.

In 2004, Norbert Singer retired but continued to work for several more years as an advisor for customer motorsport until 2010. And even after that, his expert knowledge still continued to be of great value. Especially when it came to restoring racing cars for the Museum, such as recently in the case of the first 917 with the chassis number 917 001 or the 956 with the chassis number 956 005. Norbert Singer has been giving lectures at the university in Esslingen since 2006.

Hans Mezger – Creative spirit
When a motorsport fan recalls a list of the outstanding designers of race cars and racing engines, not many names come up. However, one is always among them – and for many fans and experts his is the top name: Hans Mezger. Designer of the 911's air-cooled, six-cylinder boxer engine, overall designer of the 917 and its V12 with a 180-degree bank angle, and the arrangement of two connecting rods on one crankpin, as is typical of V engines, and also creator of the TAG Formula One engine, Hans Mezger and his portfolio of work have long since become legendary.

Hans Mezger was born on November 18, 1929 in Ottmarsheim, a small village near Ludwigsburg on the outskirts of Stuttgart. After graduating in 1956 Hans Mezger starts his career at the Zuffenhausen sports car manufacturer. Hans Mezger gained his first experience with the four camshaft engine Type 547, developed a formula for calculating cam profiles and became part of 's first Formula 1 project in 1960. He was involved in the development of the 1.5-litre eight-cylinder Type 753 as well as the corresponding chassis of the 804. His career included designing the world-famous “Mezger engine” for the 901 and 911 in the early 1960s. In 1965 Mezger was promoted to head of the department for race car design initiated by Ferdinand Piëch. This department was the key to a new quality and dynamism in motorsport for .

also relied on this design principle for the development of the 917 in 1968. With the 917, the first overall victory for at Le Mans was now finally possible, and once again Ferdinand Piëch relied on the skilfulness of Hans Mezger, who was responsible for the overall construction of the vehicle and its 12-cylinder engine. The 917 dominated at Le Mans and in the World Sportscar Championship in 1970 and 1971. In 1972 and 1973, and right from the start, the 917/10 and 917/30 showed good responsiveness even on the curvy stretches of the CanAm series, thanks to a novel exhaust turbocharging technology developed by itself. For the first time, turbocharging was successfully given a responsiveness that allowed racing cars and series-production vehicles to be used on all race tracks and public roads. A technology that makes a pioneer in this field and Mezger and his team brought to series production in 1974 in the form of the 911 .

But perhaps the most outstanding project took off in 1981 when Ron Dennis and his McLaren racing team set out in search of a powerful turbo engine for Formula 1. In the end, was chosen and the decision was made to design and build a completely new engine, as well as to provide on-site support during the races. Again, Hans Mezger was the creative mastermind behind the 1.5-litre, V6 engine with an 80-degree bank angle, which would later produce more than 1000 PS. In 1984, Niki Lauda became world champion with it, and again in 1985, followed in 1986 by Alain Prost. The TAG won a total of 25 races, plus the two Constructors' World Championships in 1984 and 1985. "This was a resounding success and also the most significant development contract for from an external company," adds Hans Mezger.

His commitment to has made him reject all offers from other manufacturers throughout his career and he still owns his 911 3.0 in Grand Prix white – a coveted classic which has "his" engine.

Further information and pictures for journalists and media representatives can be found on the press database at http://presse.porsche.de/.